The art auction houses proudly proclaim the remarkable achievement on their pages when an artwork moves past ‘expectations,’ but to me this demonstrates that they either do not recognize the demand or have purposely undervalued it.this website One proof of that was last year at a Leonard Joel Sunday Art Sale in Melbourne. The day’s first lot was a widely sought after musician from Western Australia, Robert Juniper, named ‘Blue River, 1978.’ It was a decent size for a Juniper at 43 cm by 95.5 cm, and with common hues of blue and purple in a semi-abstract landscape it was clear that a reasonable price would be obtained. 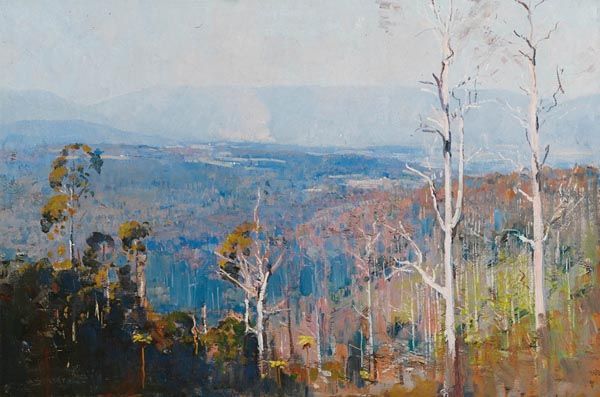 The auction house supplying the prices, which produced an estimation of between $2,000 and $3,000, became clear to many but not immediately evident. After contacting the auction house, however, I was informed that there was a lot of competition in the artwork and that they were already anticipating it to move past the high estimate. So why not lift your estimation here? I said I would be happy to pay double the upper estimate, and although the bid may not have been taken seriously, the figures were still too small. Also the sale results showed a much higher value for the previous year. In 2008 , the average price for a Robert Juniper oil was $16,260, with an average price of $2.15 per square cm. Multiplying this amount with the actual size of this painting (4106 sq cms) will provide a $8,827 base-value. I would have assumed an estimation of $10,000-$ 15,000 would have been more realistic to make some adjustments for the overall quality of this work and the smaller than average scale (smaller works usually achieve a higher price per sq cm). The artwork went for $27,600 including the fee for customers, which was still way above my own forecasts. The outcome would still have taken the auction off to the perfect exciting start they were probably looking for even with a more realistic estimate.

Valuing paintings is not always as easy as simply making calculations based on past prices. I recall being at the Deutscher Menzies sale and seeing a Celia Perceval painting ‘Picking Daffodils’ with a fair high price of $5,000 getting knocked down for $38,400 following a lengthy battle between three or four telephone bidders, prompting the auctioneer to inquire to the perplexed crowd ‘do they believe it’s a John Perceval?’ The next lot was another Celia Perceval selling for just $5,520, with a higher estimate. Such scenarios are fascinating and contribute to an auction ‘s drama so we don’t need the auction houses to construct them artificially. As a customer, I ‘d prefer to get a more accurate indication of the expected price so I don’t waste my time with something that will eventually go beyond my target.

Only the most prominent auction houses can get it wrong. At one of Christie’s last sales in Australia, I recall looking at an valuation of $5,000 to $7,000 for David Boyd’s big 1960’s work ‘The Offering’ from his famous ‘The Court’ show, and telling the workers that was a mistake and was meant to be $50,000 to $70,000 in reality. I was told the appraisal was right, and the painting went for $50,190 plus a fee for buyers.